This has become the winter of my discontent. Made less tolerable by events that daily appear in my newsfeed.

When I began Sea of a Thousand Words last January, I started with the premise, “What if a Trump-style government ever came to power?” And because my story is set in the future (2033), I extrapolated what might occur with an isolationist administration that places nationalism above all else. The phrase “lottery of birth” became central to my theme.

The world of my novel occurs at a time when the Cascadia quake has destroyed much of the west coast. The earth’s temperature continues to rise, creating a global crisis of climate refugees. Technology has advanced as predicted, and the chasm between those with power and wealth versus the rest of the world has widened to extremes. Countries have closed their borders and hired privatized, militant contractors to oversee the perimeters.

My manuscript was complete before the November election occurred, and since then I wonder if my speculative-fiction outlook for our future is perhaps too naïve. As I witness these very events starting to occur–three weeks into the new administration–I imagine myself in Emma Thompson’s role in the movie Stranger than Fiction. It 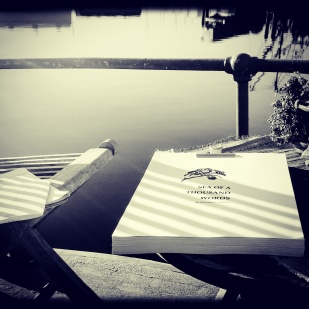 is a rather unnerving thought.

And yet, I am reminded that the protagonists in my novel could also be in our future. And in that case, hope is not dead. It is likely that we already have young people in our midst who will grow up to be the heroes of our story: Somewhere out there, a leader like Reba is acquiring wisdom; an Ooligan and a Kai are learning how to resist; a warrior like Adili takes a stand. Somewhere in our world, a young girl like Dot–who may not yet realize her strength, will challenge those in power, and fighting beside her will be a loyal friend like Táan.           One does not have to look to works of fiction to understand that there will always be those who will rise up against injustice.

I’m waiting for the cover art design and for proof-readers to check the accuracy of the story’s myriad of languages. As I revisit certain chapters, my excitement builds–because I realize that this isn’t so much a dystopian future as a manifesto. We will be OK just as long as there are people who possess the courage to fight.

The tagline of this novel is “Who deserves to inherit the earth?”

It is a question that, soon enough, we must all answer.

One thought on “When Art Predicts life” 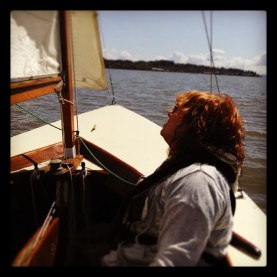 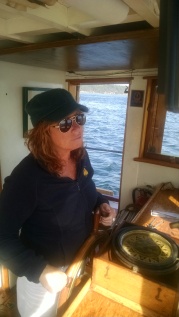